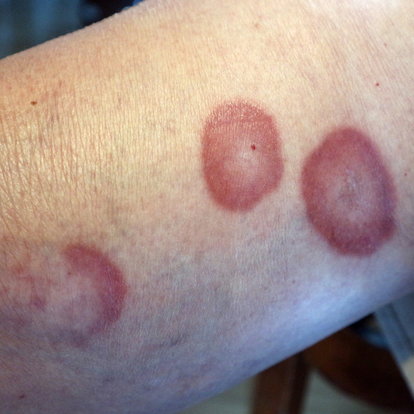 The human body is amazing in that it naturally knows how to fight to defend itself. While your body contains lots of natural protectors and defenders, it's also capable of creating new methods as needed. Granulomas are one of your body's many defense mechanisms and often get mistaken for foreign invaders because of how they manifest and operate.

What is a Granuloma?

A granuloma is a cluster of white blood cells that typically form in the lungs as a defense mechanism, but they can also form on the head, skin, or several other body parts. Granulomas often get mistaken for cancerous growths because of how they appear, but they are, in fact, natural defenders that your body creates. They're usually created due to an infection, irritant, inflammation, or because of a foreign invader.

The formation of a granuloma or granulomas is a fascinating process. Foreign invaders, infections, or inflammations set off an inflammatory trigger that causes tiny macrophages to gravitate towards the site of infection. The formation and dispersal of these macrophages is an innate immune response that the body carries out naturally without external intervention.

If the initial swarm of macrophages isn't enough to stop the spread of infection, more granulomas form and flee to the scene. While this is a necessary step to keep an infection or foreign invader from spreading into your bloodstream, it can result in problems. The issue is that granulomas don't always go away on their own. They may stick around long after the infection has healed.

How are Granulomas Diagnosed?

Granulomas are sometimes visible to the naked eye and appear as a bump under or on the skin's surface. However, if granulomas occur in the lungs or other internal organs, your doctor will have to perform a CT scan, x-ray, or blood test to diagnose it.

There are several different treatment options for granulomas based on their location and severity. While some granulomas don't require any treatment, some may require surgeries or even lung transplants.